The other day I stumbled across a new-to-me artist. Halsey has been a part of the music scene for a while, but I somehow missed her. Weird considering how much her voice, her style, her lyrics, her everything appeal to me.

After listening for a while, I realized I had heard one of her songs before, “New Americana.”

It’s the kind of song that conjures up images in my head of heroin dens and smoke filled rooms, of too-skinny kids moving in an underwater world that swims around them. It makes me think of distorted church choirs that got lost along the way, of dystopian futures where no one is happy, but some are better at being miserable.

And, of course, “New Americana” lends itself perfectly to a writing prompt.

As a reminder, the rules, if you want to call them that, are simple. Write for fifteen minutes. No edits. If you’re up to the challenge, post your results in the comments. I look forward to reading what you come up with. My offering is below the cut. 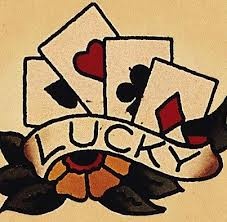 “Don’t be an ass. All you have to do is track fifty-two numbers. Hell, not even fifty-two. It’s just four sets of thirteen. How hard is that?” Jackie sucked in a deep lungful of smoke and held it. Most kids had switched to the new sytho tabs that were more discreet and far more potent. But some, like her, were purists.

“I just get confused.” Rand took the joint, burned down so low that it must have singed her fingers, but she didn’t complain.

“And that’s why you can’t go in. Jacks and I got it.” Cole, the only one at the table who hadn’t smoked-up, but was still high from the thick haze of smoke clinging to very air they breathed, patted Rand on the back. Her hand lingered long enough for it to turn into a slow, easy caress. Jackie watched with muted curiosity. For months, those two had been circling each other. At some point, they needed to just get over it and fuck already.

Rand nodded. “I know. But I worry.” She took another drag, pulling the cherry, bright red and angry, between her fingers so far that Jackie almost knocked it away. Rand was stupid sometimes. She didn’t feel pain like a normal person, enjoying the sharp edges instead of shrinking from them. She dropped the remnants of the joint in the ashtray and sucked a finger into her mouth, a twisted smile on her lips.

“Nothing to worry about, sweets.” Jackie debated rolling another, but that would mean leaving the flat in search of more papers. Instead, she leaned back in her chair, balancing on two legs, and closed her eyes. With her head lolling back, hands loose at her sides, she felt like she was floating. Everything around her was sludgey and smooth, moving in half time. The smooth, low bass line coming through the open window–the bar downstairs featured live music on Friday nights–filled the air around her, permeating her pores and squeezing her heart in a slow, easy, almost-dull thump.

It took several minutes for Jackie to realize no one answered, which was okay. The quiet was good. She didn’t believe in wasting words just to fill silence and appreciated when her friends didn’t do it. But it was too long for Rand, who always rumbled with restless energy. She peeled open one eye to check on her friends.

Cole stood over Rand, one hand fisted in her hair, pulled taut in a way that Jackie knew first hand turned Rand on. With her other hand, she cupped Rand’s throat, her thumb pushed firm against Rand’s pulse. She kissed Rand, holding her tight and drawing her up to meet her lips. Rand released a tiny, blissed-out whimper, and Jackie dropped her chair to the floor, landing on all four legs with a heavy thud.

Cole tilted her head until she could meet Jackie’s gaze, but didn’t release the kiss. If anything, she deepened it, along with the pressure on Rand’s throat. Her eyes glittered threateningly, promising dark things that would no doubt unfurl with a spectacular rage of color. She broke the kiss, her lips still hovering over Rand’s, and said, “Well?”

She arched an eyebrow and an answering pulse of something very good flared to life low in Jackie’s belly. This wasn’t their norm, her and Cole. Sure, they shared, played, fucked other people, but they didn’t usually start without asking first. But the rising pulse of lust made it okay. Jackie wanted to see how far Cole could push Rand as much as Cole wanted to push her.

Jackie licked her lips and leaned forward slightly, her fingers digging in to her thighs to keep herself from doing anything more with them. She nodded. “Yeah, sure.”

Cole smiled, salacious and dirty, for just a fraction of a second before claiming Rand’s mouth in another, deeper, more possessive kiss. Jackie loosened the button on her jeans.