Writing can be, at times, solitary work. Perhaps this isn’t true for other authors, but when I’m writing, my world becomes very narrow. It’s not unusual for me to go weeks without leaving home, with much of that time spent in my office staring at my computer until my eyes blur and my head hurts.

Don’t get me wrong, it definitely takes a team to produce a novel. From the folks who answer endless questions during research, to the cheer leaders who encourage the process, to the beta readers who point out the bumps, the editor who cleans up the loose ends, the graphic artist who designs the cover, the publisher who…you get the idea. Somewhere in the middle of all that, I write some words. A lot of words.

That writing is, no matter how supportive my team is, done alone. Generally, I write in my office with the door closed and my music on. It’s the closest I can get to blocking out the rest of my life without actually leaving the house. Sure, my kids have no clue what the closed door means and they come in regardless. Or, they stand outside my window and knock on it until I open it and talk to them. Or they make silly face through the glass. Or I just get distracted watching them play. For instance, right now Wyatt is outside riding his bike around and around in circles. He just got home from school and those circles are a kind of therapy for him. It helps him work through all the noise in his head. 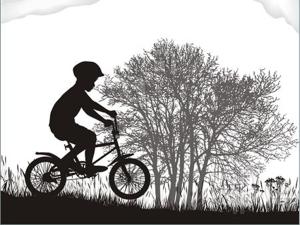 Anyway… back to the point, writing is solitary. I write because I don’t really have a choice. My brain gets itchy and grumpy if I don’t do it. Plus, it’s really fun to see a book through to publication, and the royalty checks don’t suck.

But you know what is more awesome than all that? The emails and messages from folks letting me know that my words made a difference in their lives. Let me give you an example.

This is the story of Aunt Bernice. Aunt Bernice lost her sister and, shortly after that, her partner of 30 years had to enter a care facility. 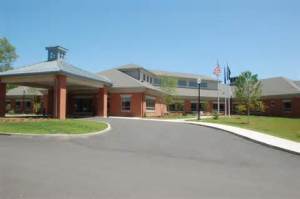 Here’s where the sad story gets even sadder.

Aunt Bernice’s partner, Carol, had an overly controlling, conservative family. It didn’t matter that Carol had spent the last 30 years with Aunt Bernice. What mattered to them was keeping Aunt Bernice out. Ultimately, Carol passed away without being allowed to see Aunt Bernice again. Aunt Bernice lost the love of her life without the chance to offer her comfort, to hold her hand, to say goodbye.

I don’t know about y’all, but that makes me cry.

As you can imagine, the stress took a toll on Aunt Bernice. Her own health began to deteriorate and she ended up in a care facility herself. Her health got worse and worse, and Aunt Bernice was in very poor spirits. She just didn’t have it in her to fight.

It’s hard for me to imagine a world where books are taboo. I come from a place in time and space where I’ve never had to deal with that. I’ve never been exposed to the border wars that quarantine lesbian fiction for being immoral. I’ve never had brown paper-wrapped boxes delivered to my house so the neighbor won’t know what I’m getting. I realize, I’m lucky. So, knowing what I know about Aunt Bernice, and her location, makes what happened next mean even more.

Sneaking a book into a sick woman, a woman old enough to have grandchildren and understand her own place in the world in terms of morality, well, that idea is kind of thrilling, isn’t it? I imagine the decision making process for the niece. She was faced with her aunt’s fading health and wanted to do something to help improve her spirits. And even though it was scandalous, she made the decision to wrap a copy of Split the Aces in a brown paper bag (I picture one of those old school lunch bags like the one I send my kids off to school with.) and sneak them past Aunt Bernice’s other family, including her own children. 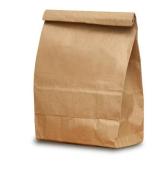 I also like to picture her niece wearing a beret and smoking French cigarettes as she sneaked the book into the room, but that probably didn’t happen.

Three days later, Aunt Bernice called up her niece. She giggled and said, “Damn girl! Those words were so hot I thought they’d jump right off the page!” For the first time in over a year, Aunt Bernice sounded alive and excited about it.

Shortly after that, Aunt Bernice experienced a sharp turn for the better with her health. It wasn’t long before she was able to return to her own home. 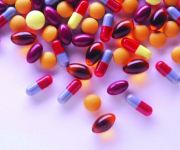 So, yeah, if you ever wonder why I write, just think about Aunt Bernice. I’ve always maintained that words are powerful. And mine, in the case of Aunt Bernice, found a woman on the other side of the country and helped her when she needed it. That makes me shake my head with wonder. I’m amazed and humbled that Aunt Bernice connected with my words, and incredibly thankful that her niece took the time to share the story with me.

The next time I’m in Vegas, I’m totally making a stop at a blackjack table to split the aces in honor of Aunt Bernice.